Circumcised vs Uncircumcised Baby: What You Should Consider before Deciding whether to Cut Your Baby or Leave Him Intact

HomeBlogCircumcised vs Uncircumcised Baby: What You...

I knew that being a single parent would be tough, but after weeks of studying up on parenting pitfalls, I thought I was ready for anything. Then one day, one of my girlfriends asked me where I stood on the great debate regarding circumcised vs uncircumcised baby. How had I missed this? The next days were filled with researching the pros and cons online, consulting with pediatricians, and getting honest input from my male relatives. Both sides made compelling arguments.

Before I could make a decision, I was forced to ask just what does circumcised mean? Some physicians dealing with the issue of circumcised vs uncircumcised baby claim that removing the foreskin can ultimately reduce the risk of sexually transmitted diseases and prevent uncircumcised infection. The general consensus among supporters (my family included) was that the procedure also made cleaning easier and might even be more aesthetically appealing. 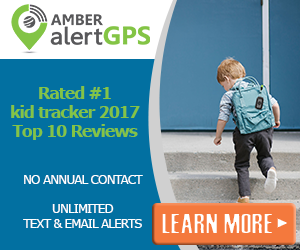 At the other end of the spectrum, I found a vocal community zealously campaigning against postnatal circumcision. They argue that the procedure is no different from deliberate mutilation. In many cases, cutting can even risk reducing sexual pleasure in the future. When I suggested to my pediatrician that cutting could be more hygienic for my son, he pointed out that this can be addressed by simply washing the area thoroughly with soap on a regular basis.

Circumcised vs Uncircumcised – Choose Your Own Ending

After weighing both sides carefully, I decided not to circumcise my son. At this point in his life, I already make any number of life-changing decisions on his behalf: breast milk vs formula, disposal vs cloth diapers, when to sleep, when to play, and how best to guide him to become a compassionate, ethical human being. So when it comes to the issue of circumcised vs uncircumcised baby, this is at least one decision that he can make himself later in life.

The information appearing on this website cannot replace consultation with a professional medical personnel nor does it function as medical guidance. The website disclaims any legal liability with respect to the authenticity of information published therein